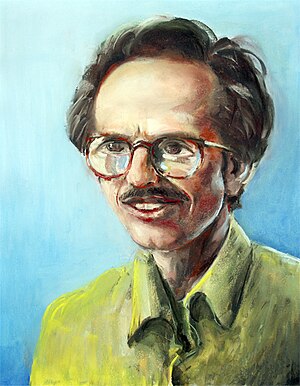 Robert Crumb, a proto-lolcow, except during a time people didn't harass the eccentric in droves

A lowcow refers to someone who's eccentricities are, "milked", for the amusement of internet forums comprised of bullies. Lolcows are usually chosen because of their vulnerability or inability to handle harassment. They are often incels. The term was coined on Encyclopedia Dramatica and was further used by forums and wikis such as Kiwi Farms and lolcow.farm, which are entirely devoted to, "lolcows".

There has been some division in communities for trolls over whether or not to genuinely harass lolcows. Those that choose to do are called, "A-loggers". "A-log", was the name of someone who used to promote unnecessary harassment of Chris-chan. A-log went onto get harassed himself for his own eccentricities.

In the 20th century, extremely eccentric people were either ignored or made as heroes, like Wild Man Fischer (who was a mostly untalented violent guy) or Robert Crumb (who drew comics about his love of women's thighs). Nowadays, such people are more subject to harassment or bullying for some reason.