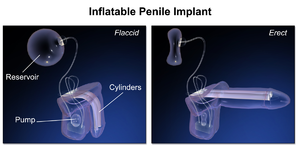 Jelqing is a penile enlargement practice utilized by dickcels to increase their confidence and escape inceldom.

In the incelosphere, this is known as jelqmaxxing or dickmaxxing. An increasingly popular form of dickmaxxing is foreskin restoration, which is either done manually at home (not recommended) or at a clinic (recommended).

There are many forms of jelqmaxxing techniques including using a pump, pills, penile extenders (using weights), surgery and creams. There are also natural ways of increasing girth and length such as jelqing, which involves pulling and stretching usually while semi-erect by pointing all the blood towards the glans. There are also other natural jelqmaxxing methods such as trimming one's pubic hair, losing weight, and getting extremely fit, which may increase the strength of one's erection and thereby its size. Another purported natural method of increasing one's penile size is doing kegeling. This is done by intermittently clenching one's perineum and pelvic muscles.

Unnatural methods include penile implants, which are not recommended for only mildly small penises due to the experimental and dangerous nature of the surgery.

Does being gay increase penis size?[edit]

Another theory is that studies prove that gays are among the most sexually active partners of all gender pairings, ahead of the second most active gender pairing of male-female. Lengthy sex spells in turn usually require men to have erections for longer durations. Such lengthy erections in practise are in some way technically analogous to hulseyism, a cousin of priapism. Priapism has been shown in some studies to lead to growth of the penile tissues. In other words, having lengthy sex sessions may lead to a larger penis.[2]