The celebrity and sports hierarchy describes how high school never ends in the USA, and the most popular and sporty people continue to have the most sexual success out of anyone. This makes successful actors and Olympians the biggest chads in the the USA, as of 2022.[1]

A dark side of this hierarchy is that infamy is also sexually rewarded, leading to some famous serial killers getting flooded with sexual attention, and sometimes even sexual opportunities in sneaky conjugal visits.

Outside countries like the USA (for example in dictatorships) the 'supreme leader' has his selection of nearly anyone. However, in human representative governments, this dynamic is absent and heads of state are forbidden from having more than one mate, ever. 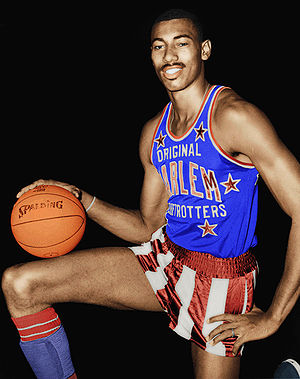 Arguably, it's better to not be ranked on this list. As while celebrity brings sex, it's a thoroughly stressful and humiliating experience. And the cutthroat competition contained in celebrity culture never ends, no matter how high you are on the ranking. It is for this reason that most men choose wagecucking over notoriety, as such a thing can be a lot more stable, if still stressful and humilating.

Chad-realist lookists often jump in at this point and point out that male models seem to be spared this allegation frenzy, and are sometimes even petitioned to be bailed out of jail. However, even male models get accused of sexual crimes, get sentenced, and are publicly reprimanded for such crimes.[15][16]