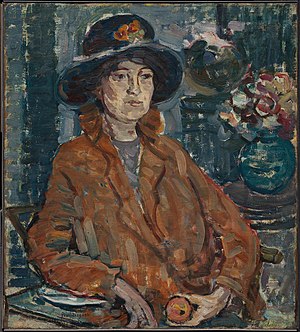 Brazilian women are perhaps the second sexiest girls on the planet behind those from Argentina. As typical of Latinas, they also tend to have “crackhead gorlfrend” personalities, but with way less machismo in their expectations of men than in Mexico or the Caribbean region.

Brazilian girls come in a number of different flavours, some are as blonde and pale as any from Europe whilst you also get a mix of darker skin with blonde or brunette and dark with dark hair.

On a recent trip to São Paulo the author noted that breast enhancement surgery is obviously very affordable as it appears to be extremely widespread, D cups being the order of the day.

São Paulo also offers some of the best value high quality prostitution in the Western world, particularly in light of the recent fall in value of the Real.

Places such as Cafe Photo and Cafe Bomboa 333 offer up to 200 girls in one place all wandering around a bar like they are on a fucking sushi train.

If in Brazil and needing to chase women, be aware English is rarely spoken anywhere, and that includes taxi drivers. Spanish is similar to Portuguese enough for mutual intelligibility, but many Brazilians act offended if you approach them in Spanish without asking first if that is okay, and there would still be room for confusion due to terms that have very distinct meanings in the other language and often their cognate is straight up obscene. This also happens if you go to Brazil only knowing European Portuguese.

Brazilian trans women are the most legendary in the sex industry, but beware of street prostitutes, as many may try to rob you or overcharge you. A common stereotype is that they always walk around with sharp razors for self-defense.

The term travesti also confusingly refers to a trans woman. The old difference was that travestis do not get bottom surgery while transexuals aim towards it, but this has eroded as psychiatry and much of the world at large has embraced dickgirls as being perfectly fine girls.

In actuality, travesti was a term reclaimed by Peruvian activists in the 1930s and 1940s claiming a link between their modern experience and pre-colonial genders (such as Two-Spirit, hijra and fa'afafine). Historically, members of the Candomblé Afro-Brazilian animistic religion embraced travestis, and there is a deity in its pantheon that is both male and female. Travesti is the Portuguese, Spanish and French for a crossdresser, but stuck being the go-to term for a gender deviant until the language of transgendeism arrived with psychiatry in the 20th century. It is still used and reclaimed as such, with a lot of fight between people saying that travesti is a female word due to the real feminine gender it represents, and it being a male word because that is what dictionaries based on European etymologies say. Most normies, though, and even most Brazilian trans people, are not aware of such a huge amount of lore.

Some Brazilian women have a very obvious gringo fetish, but there is a lot of awareness of branqueamento or racial whitening of one's progeny through gradual admixture with white or whiter people being an old eugenics practice that was attempted to fix the perceived genetic inferiority of Brazil, and thus it is frowned upon by other women to try to seek white men as some sort of achievement or trophy.

The term for an Afro-Brazilian pursuing a sexual or romantic white partner is palmitagem or heart-of-palming. The bland vegetable is long and cylindrical and white or off-white. Long before SJWs existed, Brazilian people consider the fact that many black male celebrities such as football players date and marry almost exclusively white women to be a sign of internalized racism. Therefore, Brazilians are touchy to the concept of marrying up with white people as it may be seen as sign of an inferiority complex born out of an extreme lack of self-esteem and respect for one's own people, which is known as síndrome de vira-lata or the slumdog complex.

Brazilians are also very friendly, gregarious, inviting and open, even with complete strangers, and it is seen as an extreme form of coldness to use the word no or enforce your boundaries unless you absolutely must. It is an ideal country for NEETs and love-shys to try to make friends if they struggle with it. This has led to the perception that Brazilian girls are easy. But in fact, it is more so the fact that Brazil is a relatively traditional culture in many aspects and their equivalent to East Asian politeness and southern hospitality is taken to heart.

Brazilians tend to marry in their 30s, just like Europe, but also about the age they leave their parents’ house. It is never usual for Brazilians to live alone, and men in Brazil are generally not expected to learn to take care of basic household chores. The country has a fertility rate already below replacement levels and, without mass migration from other third world countries, it is estimated to begin to shrink by 2062.

Due to them being stuck in the middle income trap while their fertility has long waved goodbye partly due to the influence of feminist telenovelas,[1] and an absolute certainty of lack of good leadership that would be able to do a thing about such a situation, they will be a poor country during the climate catastrophe of the century. This in huge in particular as much of the country depends on the rains fed by the humidity of the Amazon forest, that may begin to turn into a savannah by the late 2020s due to local climate collapse caused by partial deforestation.

Urban Brazilian diets are poorer in magnesium, some other key minerals and healthy oils than they should be and include a lot of industrialized junk food with ingredients already banned in other countries, albeit it lacks such a huge crisis of high fructose corn syrup as the US due to the fact that sugarcane is a historical strong crop and sugarcane alcohol is widely used as fuel to run cars. This causes a lot of Brazilians to be manlets, even though they are catching up with the rest of the world. In particular the children of migrants from the semi-arid of Northeastern Brazil born in São Paulo, Rio de Janeiro and Brasília tend to look like giants when standing next to their parents, perhaps due to the good availability of protein (which will deteriorate when Brazil's climate starts to go to the shitter).

Brazilian women are used to local men who know how to make them fall for them through emotional games and good dick, but they are still extremely pleasantly surprised when they see a foreign man from a more feminist country who will cook, do the dishes, wash and dry clothes, sweep the house's floor and clean the bathroom, aside from the masculine household duties such as fixing things. Expect them to be extremely obsessive-compulsive about cleanliness and hygiene, though, including several showers a day (actually bad for one's skin). Brazilians always grab street food with a plastic (not an actual paper towel as one would expect) in order not to contaminate it and have lived in coronavirus-style paranoia decades before the virus was a thing.

Brazilians go to dentists once a year just as a checkup and to get a deeper, more clinical cleanse, and are often shocked when they try to do the same in Europe and the local dentists shoo them away. It is a good country with reasonable prices if you plan on fixing your teeth. Which will probably be a good investment if you plan on dating Brazilians, as most of them proud themselves on having good, beautiful, white teeth, and pay a lot of attention to other people's teeth. As previously mentioned, Brazilians are OCD about hygiene and bring toothbrushes to their workplaces as they brush after every meal, including lunch.

Brazil is also a great country for finding doctors who are obsessed with nutrition and getting you a prescription of vitamin and mineral reposition of things you did not even know about (much less that you needed it), such as selenium, vitamin K2, boron, copper, zinc, organic silicon, lithium orotate and methylfolate. This is of particular interest to autists and ADHDers who often have terrible behavior and/or performance (also known as executive dysfunction) due to their guts being genetic fuck-ups, leading to malabsorption of many key minerals. (Which is meant to be fixed with the previously mentioned methylfolate, but you may get nasty side effects if you take it, which are to be prevented by taking magnesium, B vitamins and glutathione – an odyssey.)

Brazilian religious rituals may also try to solve spiritual issues that explain why you are not as desirable to prospective partners as people of your looks (this will require working on oneself, but in a manner that might be less pointless or soulless than conventional Western psychotherapy). Visit at least three terreiros and be open to but skeptical of what you are told. More controversially (as this is a kimbanda rather than “clean” umbanda and candomblé practice), often sold in Brazilian religious ritual item stores are magical eaus de parfum who make you more sexually attractive to other people. Look up “perfume chora na minha rola” or “perfume chora na minha pica”. Look up dangers of binding magic as to why this may receive an eyebrow raise or be frowned upon by Pagans, Animists, wizards and witches.

This page borrows from Kings Wiki. Borrowed material has been altered. Text is licensed under Creative Commons Attribution-ShareAlike 3.0 Unported (CC BY-SA 3.0). Unchanged text is credited to the authors of the Kings Wiki page here.
Retrieved from "https://en.incelwiki.org/index.php?title=Brazilian_Women&oldid=25178"
Category:
Hidden category: